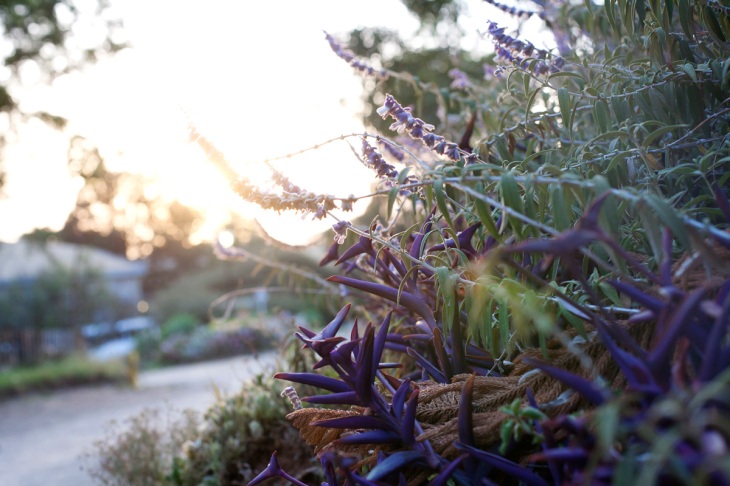 It’s midnight, and the wind skates through the tangle of jasmine growing in a mad rush just outside our door. January brings the kind of heat that bakes my spleen to a lovely crisp, but come evening and those cooling gusts sweep in like so much relief.

I started strong—drowsing off at 9:30, a headache blooming in the background. I was good for a solid hour and a half, but then the clock struck eleven and all bets were off. So now it’s the night wind and I keeping cool company while the rest of the dorm breathes a slow summer’s sleep.

I finally realized this past December that I am now living in the appropriate hemisphere, which makes my birthday the longest day of the year instead of the skinniest. Three cheers for extra sunlight! Granted, given how positively equatorial we are, there’s only a six minute difference between the longest and shortest days, but still. WINNING.

The other day down in Maai Mahiu it was my turn to pray. Again. Sidenote: it is always and forever my turn to pray, even when I try to hide behind some of the taller kids. You would think barely skimming five feet would help a girl out in this scenario, but Pastor Peter is undeterred by lack of visual contact, and every time it’s my lucky name that pops into his head.

“Mama Brenda, you will say the prayer for us,” he announces.

Sidenote part two: In some of Africa, you are identified by your children: Mama Micah, Mama Zachary, etcetera. My oldest child, Braden, has turned into a girl down in Maai Mahiu, on account of they can’t ever remember his name but know it’s close to the familiar (albeit female) Brenda. In these parts, details are negotiable.

But back to praying. So it was my turn to pray, and I swept all the particles of bravery I could find into a measly pile of courage and prayed IN SWAHILI. Or at least in not-English. I’ve lost the finer points of the experience in a post-panic fog, but I do remember that near the end Pastor Peter was saying, “Amina, Amina” all quick-like, trying to usher me out of my misery.

On the bright side, it’s bound to be months before he calls on Mama Brenda again.

I may have mentioned that the roads here are cratered and rocky in a way that keeps you one step away from a sprained ankle at all times. My tendency is to focus on the task at hand, scanning the ground with vigilance, but the sad part of this story is that IT’S DOWNRIGHT GORGEOUS HERE. So I’m perpetually missing out on the wonder going on around me, all in the name of personal safety.

Lately, though, I feel like God’s been saying to me, “Look up.”

And so I do, and then I trip, and then I stop walking and look again. And He’s everywhere, in this wild kaleidoscope of beauty that revives parts of me gone sleepy and stale with disuse. 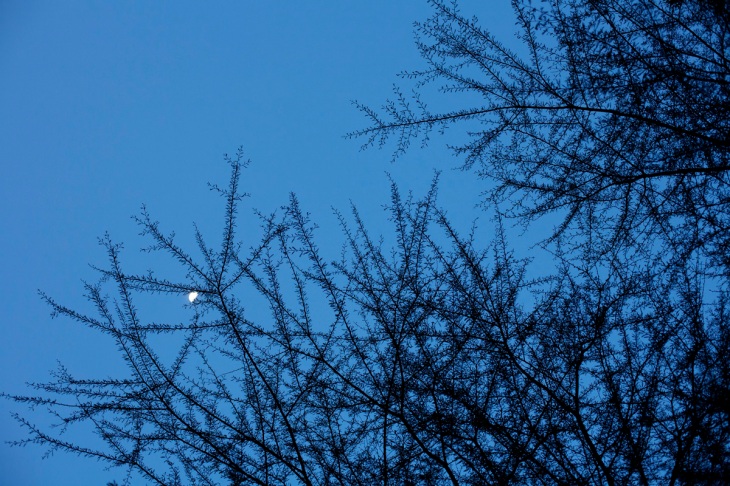 Sometimes His redemption comes in the bloom of a sunset, or strands of pine whispering over secret paths.

Sometimes it comes in the first bite of moon, stars glinting like peppercorns of light in the trees.

He sings mercy over us, uncorks oceans of tenderness, and even our weary, wizened hearts know to skip a beat. 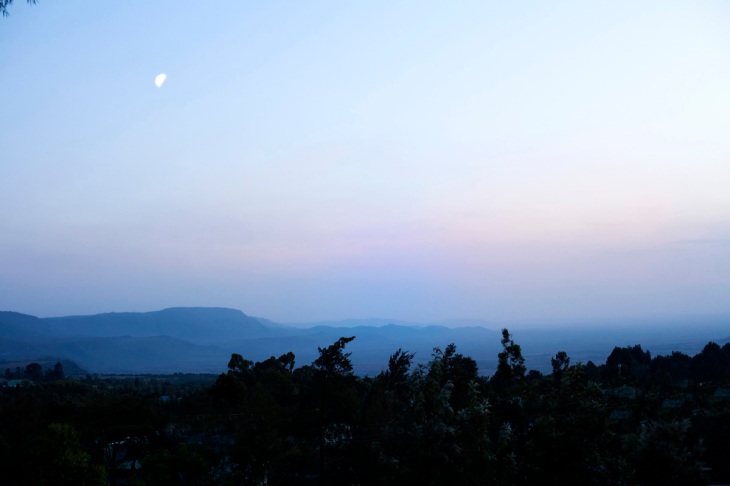 “Look up,” He says, and the scales peel away, and the whole world falls into color.