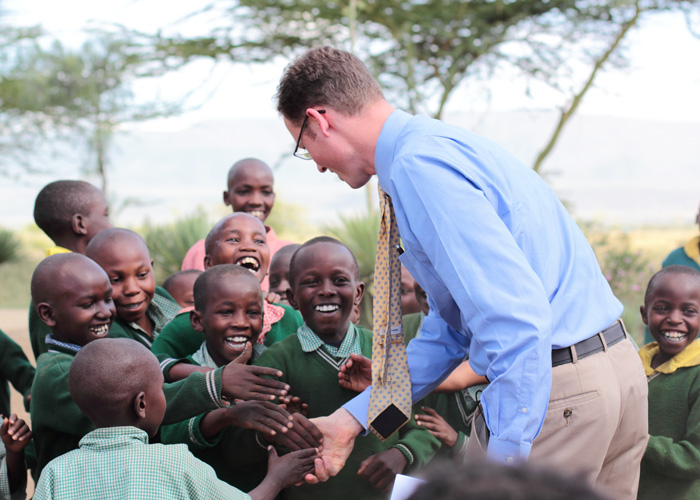 The whole school has turned out to see us, kicking up dust as they dance and wave us in. We climb from the car into a river of children with smiles bleached white in the three o’clock sun.

It’s Wednesday, and Todd and I have tagged along with our friend Mark to open a solar-powered computer center at a school smack dab in what Kenyans call The Interior–undeveloped land, mile upon mile of scrub brush and dirt and sheep.

I’ve never known a warmer welcome, pressed in by kids half silly, half shy, all clamoring for a handshake. After several minutes of greetings and paperwork, we arrive at my favorite part–unboxing ten donated laptops and settling them into a steel classroom planted in a sun-parched square of the Great Rift Valley. 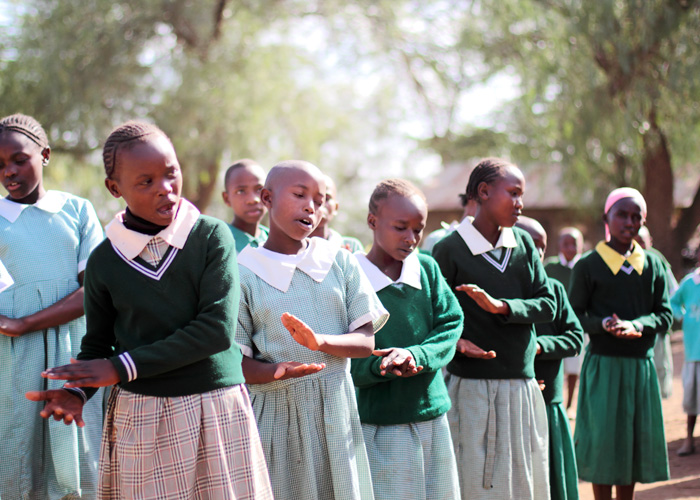 But let me back up a bit. This story began long before us with a fellow named Steve:

Once upon a time, in the wake of enormous personal loss, Steve moved his family to Africa to live and work at RVA for a year. As these stories often go, they fell in love with Kenya and her people, and one year swelled into fourteen. Early on he saw kids in a nearby school laid flat by hunger, so he started a simple lunch program: maize and beans boiled plump for every student, every day.

Kids started doing something new: they started showing up at school, armed with plastic bowls, not about to miss that sure-thing meal. And then they started learning. 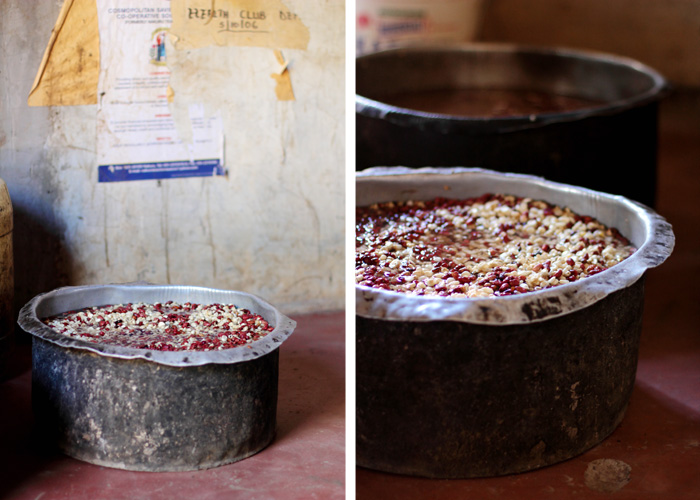 Fast forward fourteen years and this lunch program feeds about twenty thousand students in our area’s poorest national schools. On top of that, Steve began a computer program with donated laptops and converted shipping container classrooms, because now that kids are eating and growing and graduating, we hope they just might need to type up a resume.

One might ask–in a setting too remote for power lines, why bother with computers? There are so many reasons, some lofty, some pragmatic, and they all whittle down to one thing: possibility. Many of these children hail from families fierce in their determination for them to grow beyond this dry boned existence, to someday secure employment in a town or city.

As one grade seven student told Mark, “I have never touched a computer before.” But now she will; she’ll master keyboarding and the basics of Word, Excel, Power Point. She’ll be able to construct a business proposal, chart sales, maybe draft a medical report. And I have so much hope for her, that she can show up capable and competitive in this increasingly digital world; that she’ll know she’s a force to be reckoned with.

The smallish students seem more energized by an up-close encounter with us pale folk than the computer center itself, but then there’s class seven and eight. And the teachers and parents–their faces light with the laptop screens, reflecting back everything bold they dream for these kids. 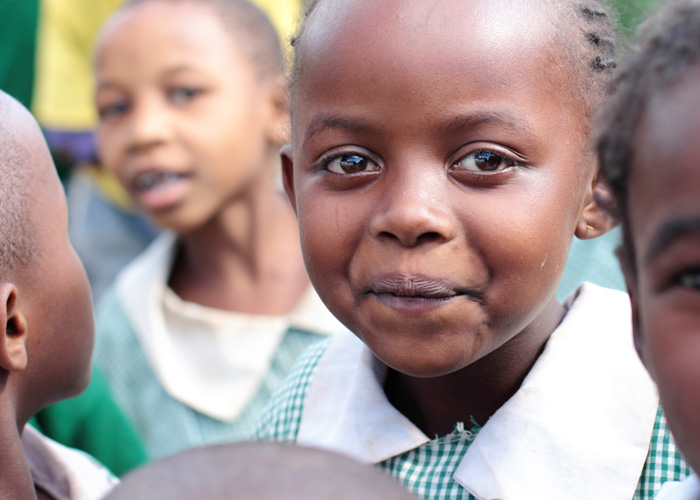 It’s quite an afternoon: singing and pictures and children patient with my limping Swahili. Then tea with the school board and teachers. A prayer spoken still and warm, and the head teacher scraping back his chair to speak. First he references the lunch program: “I am so glad for the food so the children do not have the feeling of hunger in their stomachs. So even when they go home and maybe they do not eat, they can persevere until the next day.”

And then the chairman adds his part, his arms circling wide as he heaps blessings over all of us and especially you who give with joy and openness and care. I make a close study of my tea, blinking hard until my vision clears.

By the time we pack up it’s skimming early evening and the school stands empty, save for dust clouds blooming in the hot wind. And all I can think is thank You, God. I have little to do with the good that happened here, but thank You for a chance to bear witness to one simple, sturdy way to share this sweet life together. For allowing me this afternoon, the lively company of these kids. For the chance to plug into something bright and wild with possibility.

The valley slips into a bath of buttery light and we head home, caked in sweat and dirt and so much unsinkable hope.